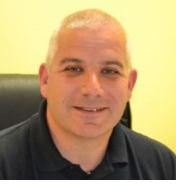 As BFPA launches its ‘Choose Q for Quality’ campaign, we talk to the Managing Director, Andy Connell, at three Pirtek Franchises Birmingham, Redditch and Wolverhampton and BFPA member, about the importance of the BFPA Approved Hose Assemblies Scheme and what the Q logo signifies to his customers.

“I have in my time witnessed a large two-inch bore hose assembly fail under full system pressure, resulting in an individual being knocked off of their feet causing a nasty impact injury. An unexpected hose failure, regardless of the bore size, can result in the hose whipping uncontrollably which has the potential to cause significant injury. Following the failure of a hose assembly, a customer can often request the failed assembly is re-ended with a new end termination fitted to the original hose with a view to save money. It is up to everyone in our industry to educate our customers and help them understand that the practice of re-ending is dangerous and a new replacement hose assembly must be manufactured. It is not for financial benefit, this is in the interest of safety and we don’t want to see anybody unnecessarily injured.”

There is never a case for hose re-ending

Specialising in hydraulic hoses, pipe fittings and couplings, Andy and his team aim to provide the fastest and most convenient service available, 24 hours a day, 365 days a year. However, a major problem as he sees it is that “People don’t really understand why you don’t re-end hoses and the end user thinks it’s because you want to sell them a new hose.

It is impossible for an engineer to know whether a used hose has been stretched, crushed, degraded or damaged and consequently, the hose assembly safety cannot be guaranteed in the case of re-ending. Re-ended hoses are prone to failure and the unexpected release of hydraulic fluid under pressure can cause serious, if not fatal injury.

“One example, we started work for a major manufacturer which at the time would routinely re-end hoses. When we first started work there, they wanted us to re-end the hoses because they would put a hose onto a piece of test equipment, they’d finish with the test and then they’d want to shorten the hose to do another test rather than making a new hose.

“But you simply can’t do that – if I re-end it, and then under the temperatures and pressure it’s exposed to after re-ending, it blows, first it’ll soak everybody in the cell with oil, and second it’s against every health and safety regulation for working inside a building.

“I had to show a video online of the likely outcome before they would agree to change. There was at that time a complete and utter lack of understanding of the pressures going through the hoses and why you couldn’t re-end. That manufacturer doesn’t re-end anymore at all I am happy to say.”

“But there are still sectors such as construction, waste and water where the practice still takes place. For example, in the water jetting industry, the hoses can be 100 metres long, and if an end blows off companies don’t want to replace the full 100 metres of hose. But unfortunately the same principle applies no matter how long the hose.  The issue is the end of the hose. Re-ending causes damage and isn’t safe.”

For business owners, site managers and health and safety officers, re-ending can be a quick way to damage your professional reputation.  Just one high pressure hose injury which looks like a pin prick could not only cause life changing injuries or death, but could also spell the end for your company.

“Safety is incredibly important. The damage it causes when a poorly re-ended hose blows off, no matter what size it is, can be devastating. The damage it can do to equipment, the environment, the public, the machine, the workers, the company, and your professional reputation. We don’t re-end Pirtek hoses. It’s not just a case of re-ending another company’s hose, it’s that we won’t be re-ending any hose at all.”

In May 2020 for example an oil company was fined over £1.2m for an uncontrolled release of high pressure and high temperature steam which caused life threatening injuries.  A medium sized waste management company was fined £100,000 in 2019 when a worker’s arm was damaged, an injury which would have been much worse if high pressure fluid had been involved.

“Customers sometimes don’t understand how the pressure in hoses work and don’t understand the damage that it can cause to a person. But I think in the context of hydraulic injuries we’ve started to make major headway into customers not wanting re-ends, and who are happy to have a new hose now whatever it costs.”

As an industry leading national company, Pirtek adheres to and promotes the values and regulations of the BFPA Q Scheme as a hallmark of quality.  Affiliation with the BFPA Q Scheme ensures that franchisees, engineers and customers are confident in the product, service, safety and reliability.

“We’re delighted to be accredited with the BFPA Q Scheme because it lays down a very clear set of guidelines for good industry practice. With hundreds of callouts a week, Health and Safety on sites is a number one concern for site management and health and safety managers, and the BFPA Q Scheme helps us promote this.

“Even if the man on the ground, like a builder or driver, isn’t trained in hydraulics, by seeing material from us like the BFPA Q scheme materials, they can start to understand the reasons why we don’t re-end hoses.

“When customers call an engineer out and asks for a hose to be re-ended and the engineer has a Q scheme poster about why we don’t do it on the inside doors of his vans, it’s helpful. It’s a conversation starter because usually it’s got a picture of someone’s hand damaged, and that shows the risks directly.”

“Ultimately, by opting for a supplier that sports the Q logo, our customers know that they are reducing risk and ensuring efficiency – equipment is repaired and fitted with correct hose by highly-trained suppliers. It is less likely to fail, reducing downtime and in turn productivity improves.”