Ahmad Ford, 29, is in the fourth year of his Advanced Engineering apprenticeship with HydraForce, and is soon due to start his Foundation Degree in Engineering: 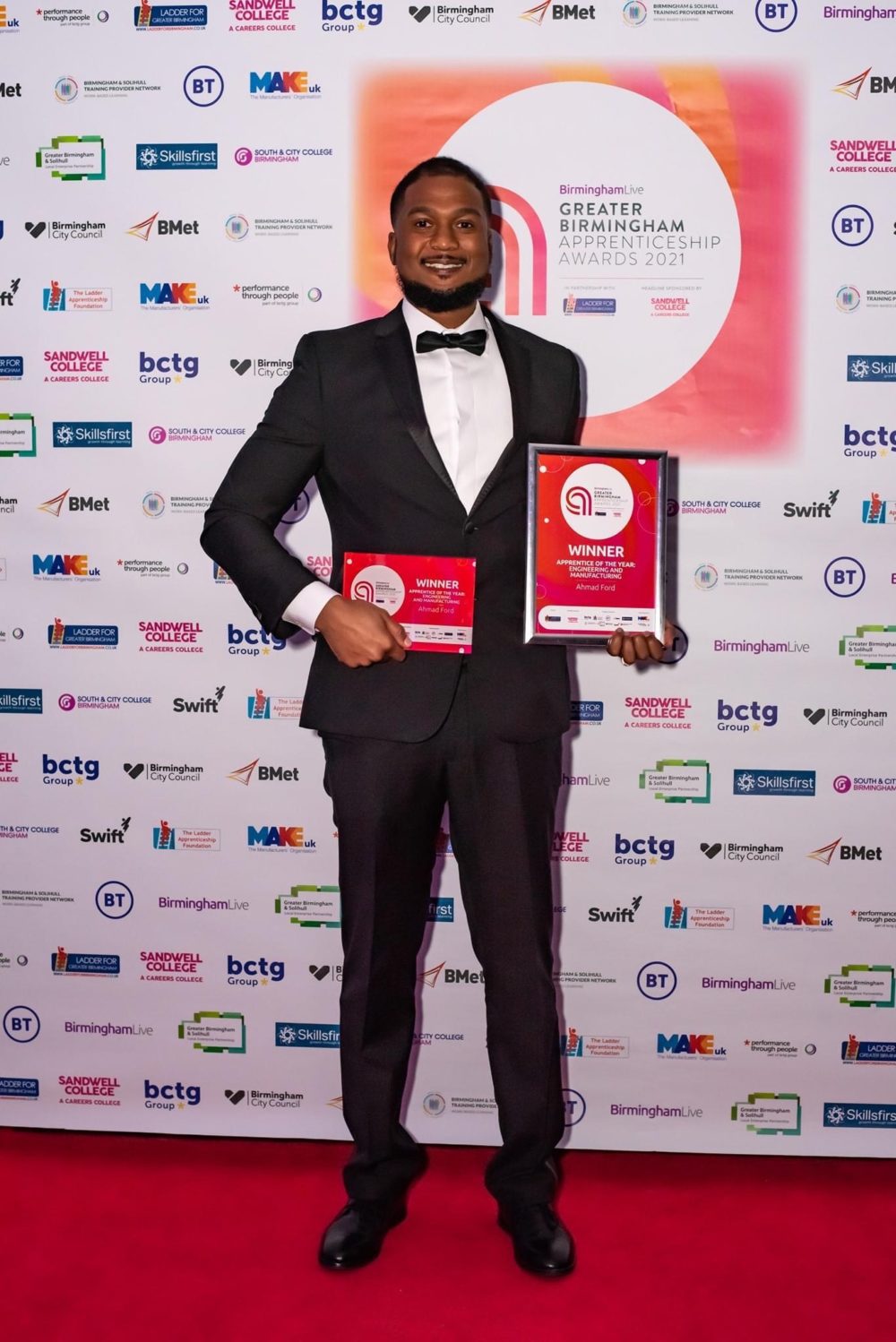 “I am completely humbled and honoured, to not only be shortlisted, but to go on and win in these two categories, and I’ve had a smile on my face since the winner was unveiled” said Ahmad, upon winning the two awards.  “It has reinforced why I wanted to become an apprentice and shows how hard work and dedication pays off. I wouldn’t be here today without the belief and support from HydraForce, and I will continue to do my best to succeed in all aspects of engineering in the future.”

“Ahmad is a fine example of everything that HydraForce Ltd Apprentices represent – a talented, professional, modest and a high performing team player” said Jon Bradley, Managing Director at HydraForce Ltd in Birmingham. “His legacy will inspire generations of future Apprentices and will further enhance the HydraForce brand, sowing seeds of excellence throughout the Global Engineering Community for years to come.” Jon continued.

This is the second time a HydraForce employee has succeeded at these awards, with Ritik Sharma being crowned Apprentice of the Year in Engineering & Manufacturing in 2019, and HydraForce’s Joshua Lambden winning Runner-up in the same category.

The company, which produces hydraulic valves and manifold systems, also won the award for Large Employer of the Year for apprenticeships. This again follows the company’s success in this category in 2019, where they were winners of the Large Employer for Greater Birmingham (on behalf of the Ladder for Birmingham Awards). 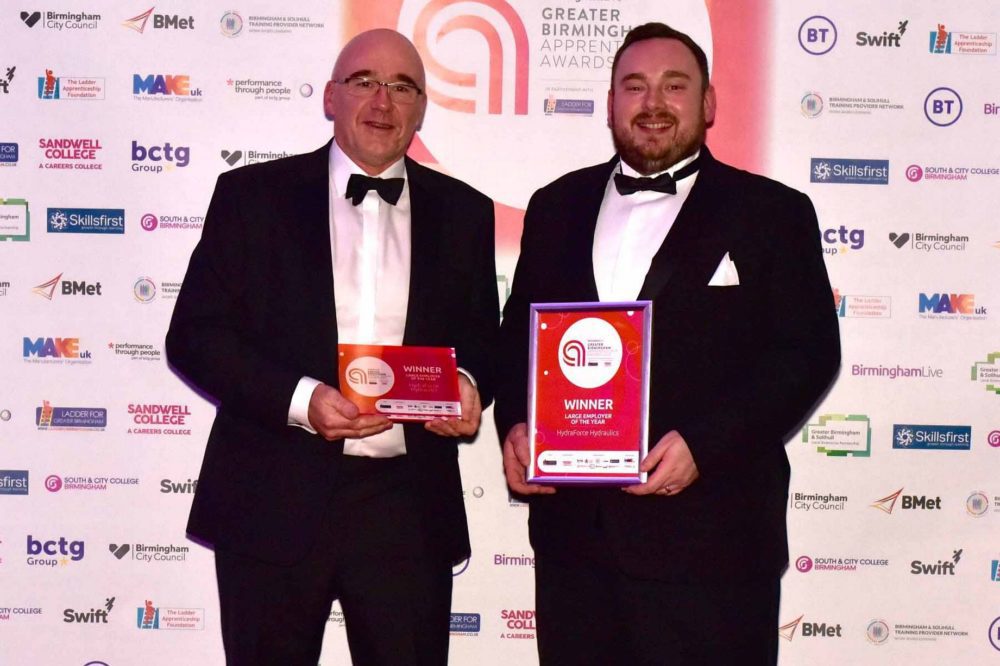 Sam Wilcox-Wright, Learning & Development Manager accepted the award on behalf of the company, alongside MD Jon Bradley: “HydraForce is delighted to be recognised by Greater Birmingham for its Apprenticeship Scheme, for the second time. We firmly believe that apprenticeship programmes add great value to businesses and they are pivotal in bridging skills gaps in sectors, such as Engineering” said Sam, upon receiving the award.

“Our apprenticeship scheme here at HydraForce continues to grow from strength to strength, and we see apprentices as key towards our success in the future. We are excited that we have now expanded our scheme beyond engineering into other areas to develop our workforce and help us remain competitive in the industry”.

The company competed against two other employers from the Greater Birmingham region within its category, including Sandwell & West Birmingham Hospital Trust, and Sunbelt Rentals.