Last month I was pleased to report that BFPA had been invited to undertake the keynote address at the Eurotrans 50th Anniversary Conference and dinner. Having now completed the task and returned to UK shores (the event was held in Hanover), I have had a chance to reflect upon the warm reception that greeted me and the bemused response to what was a comprehensive explanation of the BREXIT process. (As far as anyone can offer an explanation!!)

In last months’ report, I talked about the convergence of technology in the Engineering sector and in particular, about the need for the Fluid Power sector to engage more closely with the mechanical and electromechanical drives sector. This, I suggested, is most obviously manifest in the inexorable rise of integrated systems technology within our fluid power sector and the need for technicians to now familiarise themselves not just with hydraulics and pneumatics but also electro-fluid power systems. Having spent the evening with our Eurotrans colleagues I came away all the more convinced of the need for an open mind towards this inexorable trend. Not only was the need for a common technical understanding very apparent but there was equally overwhelming evidence of the need to offer services which were neither purely Fluid power nor purely Electromechanical. The industry needs ‘all-rounders’ who can turn their skills to solving integrated problems – not just those emerging from a single discipline.

Such discussion was the ‘stuff-of pre-dinner and post speech socialising.’ You will recall that the actual subject matter of the address was more focussed upon how central European companies could and should engage with UK based companies post-Brexit.

As an after dinner address I sought to include as much humour as was possible for such a serious subject and augmented the key messages with lots of graphics and imagery to help those with a less than strong command of English. I even drew parallels with the old film, The Perfect Storm’ where a rather stubborn fishing boat captain defies all advice and goes to sea when a number of serious storms in themselves, converge to create the ‘mother of all storms!’ Inevitably, their efforts to overcome 150-foot waves end in disaster. The analogy was not lost on the audience and overcame any cross-border language barriers!! 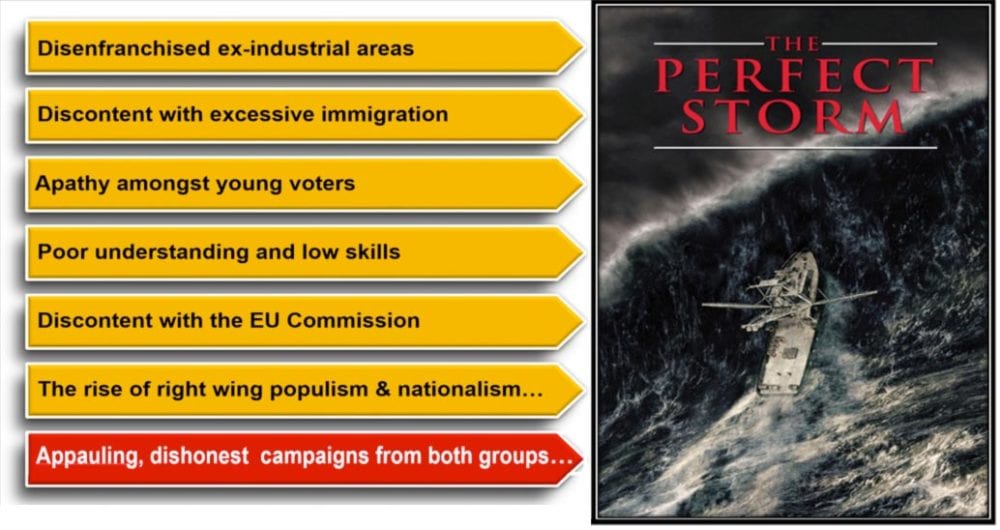 However, despite my slightly light-hearted approach, it was clear that central Europeans are absolutely disbelieving of the current situation and frankly, the disgraceful behaviour of our politicians. Whether a ‘leaver’ or ‘remainer’, all observers would agree that the political classes from both sides of the House have placed their political self-interest above the best interests of the country and frankly, it has been a national disgrace!

Sadly, it was very apparent that on the continent at least, the UK Parliament has become a laughing stock and it will be many years before we can repair the damage to our reputation. As one senior German industrialist put it; “What is going on Chris? The UK used to be the Mother of all Democracies and a system to which we all looked-up to!” An Italian who overheard his comment added; “That’s true – now you have joined us in turning your parliament into anarchy! We expect it in Italy – but not in the UK…” I could only assure them that such behaviour was not reflective of general British culture. 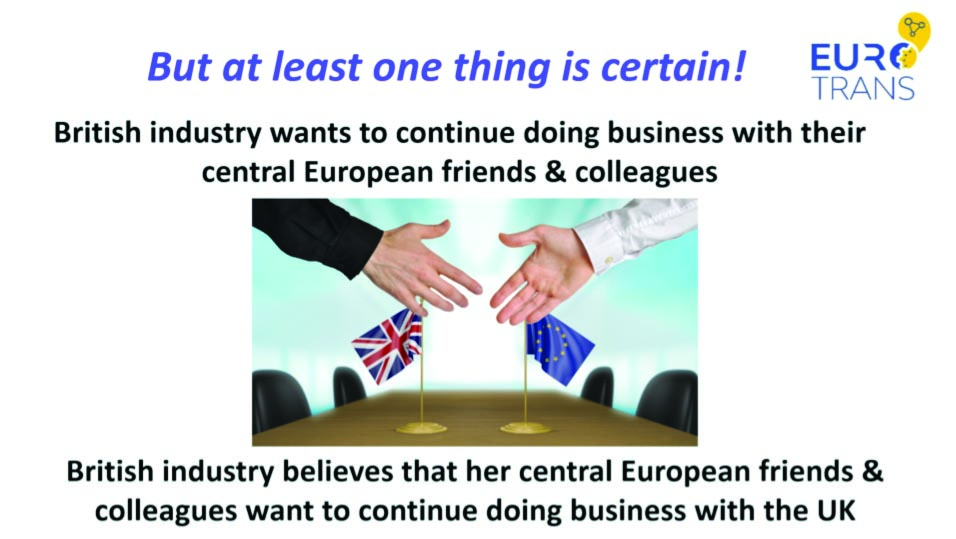