Whether you are a BREXIT ‘remainer’ or a ‘leaver’, all parties would acknowledge that as Britain officially leaves the EU at the end of the month, the 31st of January is a significant date in the UK political calendar.

BFPA has a responsibility to all members irrespective of their position on Brexit and to this extent works with all key stakeholders both Government and third party, to try and ensure that whatever the circumstances, their businesses continue to thrive. One such area is in technical standards.

BFPA members will be aware that BFPA has a close working relationship with the British Standards Institute (BSI) and is in fact, responsible for five hundred of the seven and a half thousand standards that BSI manages. Indeed, many readers will be members of the various technical committees that BFPA hosts both at its headquarters at Cheriton House and at various other facilities around the country.

One of the primary concerns of BSI and indeed all of British industry, is that the UK retains a place at the technical committee table discussions once we have left the EU and I am pleased to report that all of the indicators are that this will indeed be the case. A statement to this effect has long been issued by the BSI and is captured in a publication on the following link:-

More recently, a short paper has also been produced on the role of standards in international trade “International Standards make a global trading nation”.

They bring together the National Standards Bodies (NSB) and National (Electrotechnical) Committees (NC) of 34 countries, (including BSI in the UK), to develop and adopt common standards that are applied across the EU and EFTA and beyond. They promote the single standard model throughout the European Single Market and ensure that international standards, developed by the International Organization for Standardization (ISO) and the International Electrotechnical Commission (IEC), are adopted across Europe and the UK. They also develop home-grown European Standards in response to European, (including UK), needs.

The standards are market-driven and are developed through a transparent, inclusive and consensus-based process, involving a wide array of stakeholders and experts including the BFPA Committee members.

A little over a year ago, CEN-CENELEC decided that they needed to further engage with each of the countries in the European geographic region and establish what they have called an industry advisory forum or EU IAF.   This body would help CEN-CENELEC ensure that when they engaged with the European Commission on standards issues they were representing the best interests and genuine views of industry. As the relevant UK body, BSI were seeking a UK representative for this forum and I am pleased to report that the BFPA was selected to be that representative. 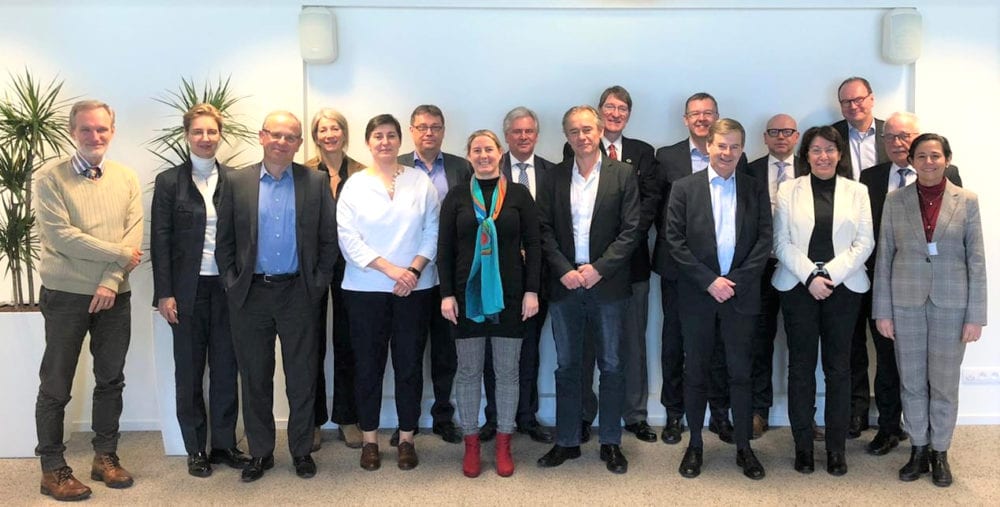 The system has been working well for over twelve months and at the most recent EU-IAF meeting, I am pleased to confirm that CEN-CENELEC consider Brexit as a purely political issue and not one that need impact upon the continued engagement and participation of the UK in the apolitical discussions relating to the setting of technical standards.

BFPA members will also be interested to know that the EU-Forum has identified six key focus areas including:-

For each of the focus areas a champion and associated working group has been formed to develop core position papers and key messages for delivery to the European Commission. The BFPA CEO has been nominated as Champion for the Digital Transformation initiative and has convened a working group comprising of senior representatives from Uponor in Finland, Schneider Europe, Scania in Sweden and potentially Barco in Belgium. The group also, of-course, takes close account of the views expressed by the UK-IAF mirror group thus UK and BFPA member interests are well represented! (Other UK Trade Associations represented on the UK-IAF include, MTA, BEAMA, CPA, GAMBICA and the Safety Assessment Federation. There is also a range of private company representatives including such organisations as IBM UK, G4S and Fujitsu UK. UK Steel, as part of Make UK [formally the EEF], is also present at the table. As the UK participants of CEN-CENELEC, BSI hosts and sponsors the whole UK initiative and provides secretarial services.)

BSI are obviously very important stakeholders for the BFPA and indeed UK industry in the area of Technical Standards thus their recently expressed gratitude to BFPA for our contribution and role in this important initiative has been very well received and is much appreciated.

Members wanting more details of this initiative should call Chris Buxton on 07787 400747.