BFPA Pavilion at the Hanover Fair is a great success!

There is no doubt about it. When it comes to putting on a show, the German Messe’s set a very high standard. The 2019 IAMD event followed the theme; “Make digital transformation tangible!”  The event is actually a conurbation of six shows but the one that attracted BFPA members was the Industrial Automation, Motion & Drives (IAMD)

After five days, the organizers announced a somewhat predictable positive result. Artificial intelligence in industry and robotics, the potential of the new 5G mobile communications standard for industrial applications, lightweight design, and the future of work in a time of increasing digitalization were this year’s most important topics at what is certainly one of the world’s leading tradeshows for industrial technology.

With over 215,000 visitors and 6,500 visitors it was hard to argue with the organisers and as is often the case, the guest speaker at the opening ceremony was none other than the German premier, Angela Merkel. 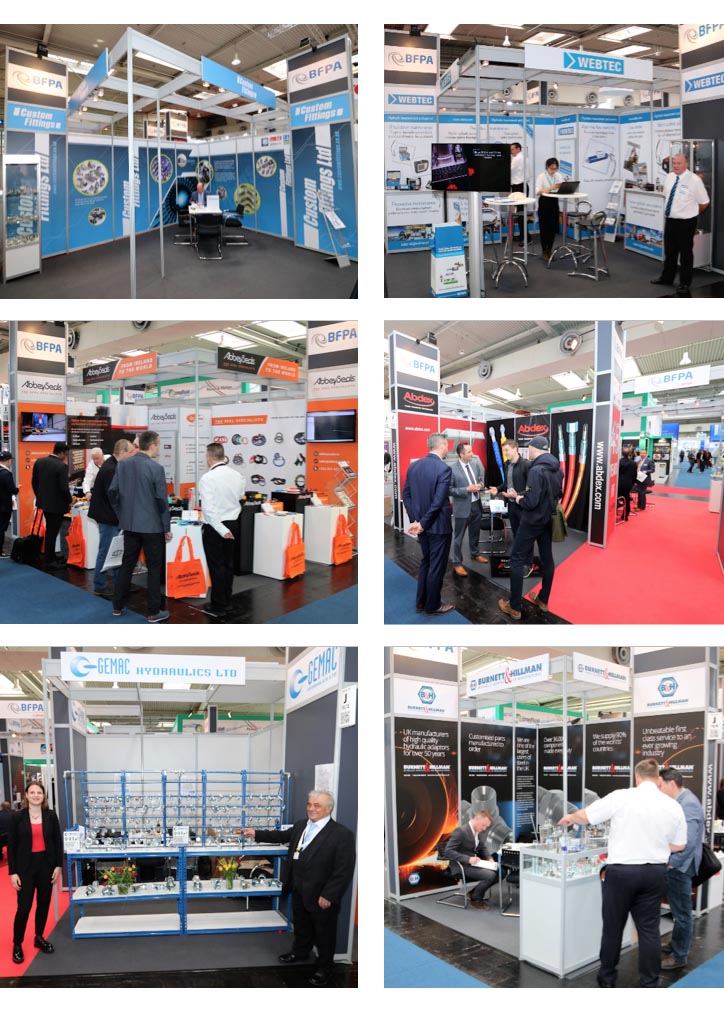 All UK companies reported a successful show and claimed that the quality of enquiries was very high. As Emma Lear, BFPA Events Manager pointed out, one member was even moved to use expressions like ‘’Outstanding!” Emma did an especially good job in organising the pavilion and on behalf of the BFPA staff and the pavilion exhibitors I would thank her for her sterling work!

Regular visitors to the show felt that the footfall was slightly less than they have seen in previous years but added that this was more than compensated for by the quality of the enquiries received.

On the last evening of the show, the BFPA pavilion members celebrated with a visit to the Hanover Munchner Halle – an on-site German beer festival complete with live traditional band and entertainment.

The evening was very welcome relaxation after a tiring but successful week of business meetings and ‘stand manning!’