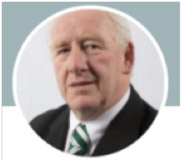 FPA was very sad to hear of the passing of John Busby on 3 March 2021 after a short illness.

John was educated in Glasgow and soon afterwards embarked upon a long career in the fluid power industry in 1972 when he joined Dunlop Hiflex, where he stayed for 18 years. John subsequently worked for Pirtek for 17 years before setting up his own hydraulics training company – John became an Approved BFPA Trainer for BFPA Foundation Safety Training in 2010 and also went on to become an Approved Trainer for the BFPA Hose Assembly Skills in 2012.

Following five years at Stauff, John then rejoined Pirtek in November 2016 as Procurement, Technical and Quality Manager. Shortly after that, in 2017, became a member of BFPA’s Technical Committee TC 4 ‘Connectors and Associated Components’ (BSI panel MCE/18/-/4) and regularly attended meetings at Cheriton House in Chipping Norton (prior to the Covid-19 pandemic!).

Working tirelessly for the industry, it is testament to John’s character that he attended his last virtual BFPA TC4 meeting in February 2021, shortly before he passed away.

Jon Oswald of Pirtek comments: “John was a wonderful mentor and friend to me and many more, and he will be greatly missed in the industry”.

Outside work, John was a family man married to Dawn for 37 wonderful years with son Joe, and lived in Essex. He loved football and was an avid West Ham and Celtic supporter and also enjoyed reading.

Dawn recently shared some special memories of John with us:

“John played for Aston Villa youth squad and Scotland u18’s. He played professional semi professional and amateur level and then earned full coaching badges to coach Joe’s teams from age 10- 16. Grassroots football was where his heart was he saw the raw potential in the boys and could spot a talent from miles away. But good or bad he nurtured and coach them all as if they were Pele.  He was a Celtic man from Glasgow but became a West Ham man living amongst the die hard Eastenders.  He kept saying it would take a great Scot to make them Champions League challengers! And along came David Moyes. Football was his passion but he was never prouder than when he was watching his boy play in Goal.  After every one of Joe’s matches he wrote a full report by hand  of exactly what had happened. On April the 4th Joe’s team Theydon Bois play Debden Sports for The John Busby Trophy.  He would be humbled but proud.”

BFPA has sent its condolences to the family on behalf of the industry.