With effect from the 1st July 2019 Hi-Power Hydraulics will have relocated to its Head Office at Primary Fluid Power in Knowsley, Merseyside. They are planning a careful transition to ensure minimal disruption to customer service.

Contact telephone numbers and e-mail addresses will remain the same. Their new address will be: 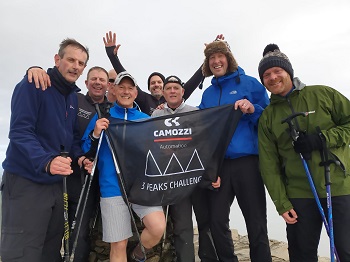 A team of 8 intrepid Camozzi Automation staff recently completed the gruelling National Three Peaks Challenge, raising, at the time of writing, in excess of £3,000 for charity in the process.

Not for the faint hearted, the arduous event challenges participants to climb the highest peaks of England, Scotland and Wales – all within 14 hours, allowing 10 hours driving time in between. The team conquered Scafell Pike, Ben Nevis and Snowdon, with a total ascent of over 3000 metres (over 10,000 ft) and walking distance of 26 miles. The challenge was completed with approximately 2 minutes to spare!

The team’s impressive feat followed months of careful preparation and endurance fitness planning, including training climbs in Shropshire and the Peak District.

Comments Adrian Farnham: “Cramming all that activity into the space of 24 hours was really quite surreal, but adrenaline and the drive to succeed kick in and enable you to achieve what on paper looks pretty daunting.”

“The buzz of the day and the encouragement from your team mates really keeps morale at a high and helps you forget factors like sleep deprivation, as does the fact that you’ve achieving something that only a very small percentage of the population ever will.”

The Camozzi team were fundraising for a trio of worthwhile charities: Children with Cancer UK, Alzheimer’s Society and Crohn’s in Childhood Research Association (CICRA), all causes which the team members feel passionately about.

Camozzi’s Virgin Money Giving page (https://uk.virginmoneygiving.com/CamozziAutomation ) is set to remain open until the end of July. 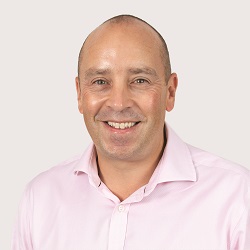 Primary Fluid Power, one of the North West’s premium suppliers of hydraulic components and systems has appointed a new Managing Director for its Components division. Richard Fenner, former Business Development Manager for the Flowtech Fluidpower Group was promoted in March of this year and joins the team to run the business alongside Jon Burke, Managing Director for its Systems division.

Since joining the Group in 2017, from Parker Hannifin, Richard has made a significant positive contribution to the Group and in his new role is keen to continue the good work set out by former MD, Paul McGrady and additionally implement new initiatives to promote the Primary brand, locally and nationally, as a premier partner in hydraulic components. As part of Flowtech Fluidpower’s drive to more strategically align similar businesses within the Group, Richard will be supported by Indequip Managing Director, Ian Simpson, as part of an expansion to Ian’s position.

Nick Fossey, Chief Operating Officer for the Group, commented, “We are a growing business and the entrepreneurial spirit of our senior management team is critical to driving us forward. It gives me great pleasure to recognise and promote such talented individuals”.

Richard added, “In my previous role I had already been working closely with Jon, Paul and the team at Primary. It’s a strong business with a committed and long-established team who are passionate about their work and the fluid power industry. I look forward to the new challenge and further strengthening the product and service offering Primary currently provides”. 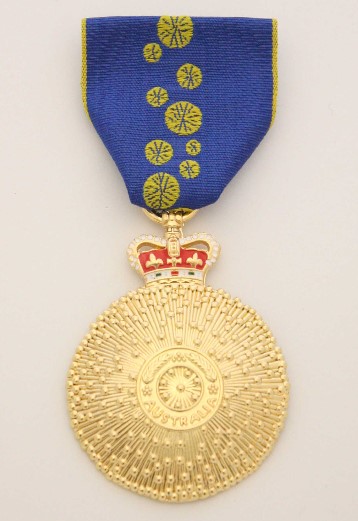 Peter Duncan, who founded Pirtek in Sydney in 1980 after immigrating from New Zealand, has been awarded a Member of the Order (AM) in this year’s Queen’s Birthday Honours list for his significant services to business and manufacturing, to medical research and to sport.

Pirtek remains a family-owned operation and has expanded to 23 countries with more than 400 Service and Supply Centres and 1750 mobile service units. There are currently 96 franchises in Australia with the head office remaining in Kings Park in Sydney where Duncan is still actively involved in the business daily as its Executive Chairman.

Apart from continually striving to grow the business, Duncan, 76, has ensured his companies maintain a great community and social responsibility programme.

In 2012 the Peter Duncan Neuroscience Research Unit was opened at St Vincent’s Hospital in Sydney. The aim is to develop treatments for chronic neurological and neurodegenerative disorders such as Multiple Sclerosis, HIV-associated Neurocognitive Disorders, Alzheimer’s disease, Parkinson Disease, and Stroke.

“It is incredibly humbling to be awarded such an honour,” said Duncan. “The success of Pirtek has changed a lot of people’s lives through the years and has also allowed us to give back and contribute to the community on a sponsorship and charitable level.

“We are proud of our success and the expansion of our business and brand, but I have preferred a lower personal profile.There will always be business goals to achieve, especially through our recent international expansion. At the same time, we look forward to watching research doors opening as a result of the tireless work happening at the Neuroscience Research Unit and the Prostate Cancer Foundation. 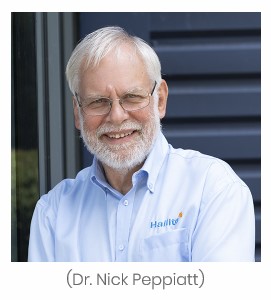 Hallite Seals International is pleased to announce that Dr. Nick Peppiatt has made fluid power industry history with his nomination into the first Fluid Power Hall of Fame. Peppiatt was selected alongside four other inductees for his dedication and innovative contributions to fluid power technology. The International Fluid Power Society (IFPS) is the Hall of Fame host. To qualify to be nominated for the IFPS Hall of Fame, candidates must demonstrate excellence within their power career spanning 25 or more years verified by a 13-question application reviewed by a panel of judges.

Peppiatt, a Chartered Engineer and a Member of the Institution of Mechanical Engineers, is a graduate of the University of Bristol. He entered the fluid power world in 1982 with his appointment as product design manager at Hallite. Later, he became the company’s technical manager. During his time at Hallite, Peppiatt managed the design, development, testing, and application of several innovative sealing solutions for fluid power cylinders. Included among his many achievements is design for seals used in mining applications that helped push the industry to new heights and into more efficient operations, such as longwall roof supports using high-water based fluids. His work also helped enhance the fluid power industry’s understanding of wiper seal technology for hydraulic cylinders, the application of CAD-to-seal design, and numerous additional topics. This enabled him to present several conference papers and publish more than forty technical articles on a wide range of fluid power sealing subjects.

Peppiatt is extensively involved in the development of reciprocating and related seal standards and has chaired the British Fluid Power Association committee TC7 ‘Seals and their housings’ (Incorporating BSI MCE/11) since 1992. He is also the convenor of ISO TC131/SC7/WG2 ‘Dimensions for seal housings’ and holds several patents. Before joining Hallite, he worked for Rolls-Royce Ltd in Derby as a graduate trainee and then returned to the University of Bristol to earn his Ph.D. He also worked as a senior research engineer at Wilkinson Match.

In 2012, Peppiatt retired from full-time employment at Hallite and began work as a part-time consultant driven by his passion and commitment to the advancement of the fluid power industry. This was exemplified in 2013 when his essay on ‘Reciprocating Lip Seals’ was published in the Springer Encyclopedia of Tribology—a reference book relevant to researchers and industry covering all aspects of the science and engineering around friction, wear, and lubrication. Peppiatt continues to contribute his knowledge and experience to the fluid power industry today.

“I’m very pleased to have been selected into the Fluid Power Hall of Fame by the International Fluid Power Society,” said Peppiatt. “This is a totally unexpected honour that I wish to share with the many colleagues throughout the world with whom I have worked over the years. My contributions to the industry would not have been possible without their knowledge, help, and advice.”

Peppiatt will accept his award at a dinner honoring the Fluid Power Hall of Fame inductees on Wednesday, September 25, in Seattle, Washington.

BFPA would like to congratulate Dr. Peppiatt on receiving this prestigious award.

Do you have a company news story we could feature?

BFPA would like to help publicise our BFPA and BFPDA members’ company news (free of charge to members) in our newsletter and / or on our website news page and want to feature more news stories from our BFPA and BFPDA members. Each news item will be set alongside a photo / logo / image (which you would ideally supply) and archived by date. We may also be able to publish on our news pages or send out to a wider media list as well on your behalf.

We would love to hear from you if you have any suitable UK fluid power industry news stories such as:

Please send any news items to Sarah Gardner sarah@bfpa.co.uk – we look forward to hearing from you soon!