BFPA CEO Chris Buxton reports on the 2017 ORGALIME General Assembly, which this year, was located in the UK as a gesture of support following the BREXIT outcome

What or Who is ORGALIME?

Many BFPA members may not be aware of ORGALIME so let me begin by offering an explanation, as this organisation is a crucial element of the BFPA’s ability to influence the European regulatory landscape.

The responses to the BFPA 2016 member survey provided (amongst other things), unequivocal evidence that member companies want BFPA to provide a strong voice in influencing and engaging with the regulatory community. In short, you told us that lobbying was amongst the top three activities you wish us to undertake.

No one individual, organisation or company will successfully change the regulatory landscape on their own. That is why the BFPA has joined forces with the Engineering and Machinery Alliance, (EAMA), an alliance of twelve like-minded trade associations, all in the engineering sector but most importantly – with common regulatory issues and aspirations. Collectively, they represent thousands of individual employees across well over a thousand companies.   Representation on this scale can begin to influence the voting landscape thus; politicians are more inclined to listen. This weight, augmented by experience of government policy-making and a professional approach to engaging with the regulators at all levels, positions EAMA and BFPA as one of the key stakeholders with whom Government engages when determining policy.

So how do we engage with European regulators? Enter ORGALIME!

When it comes to lobbying Brussels the situation becomes more complicated. Brussels will not allow direct lobbying by individual groups unless they conduct their activities through a collection of recognised lobbying bodies with recognised status for engaging with the European Commission. Such organisations are organised by industry sector.

ORGALIME (Organisme de Liaison des Industries Métalliques Européennes), is the European federation representing the interests at the level of the EU institutions of the European mechanical, electrical, electronic and metal articles industries as a whole.  It is registered under the European Union ‘Transparency Register’ – ID number: 20210641335-88

A Secretariat, currently numbering 30, deals with the numerous policy issues that are of direct interest to BFPA’s members. Given that in the European Commission alone there are potentially 14 Directorate Generals with whom to do business, effective input from Orgalime can only be achieved with the committed support of specialists from our members and European sector committees.

To be a member of ORGALIME costs of the order of £30K thus even if we were permitted to do so, BFPA could not afford to join alone. However, one of the many benefits of being part of EAMA is that we derive membership of ORGALIME and as such, we are in a position to influence the European as well as the domestic regulatory landscape.

Needless to say, BREXIT has caused great consternation within the ORGALIME community and amongst its members. In order to show solidarity within our sector the 2017 ORGALIME General Assembly was held in the UK on the 8th and 9th of June. As a member through the Engineering & Machinery Alliance (EAMA), BFPA was invited to join the event and I attended as CEO of the BFPA.

Held at the Beaumont Estate, in Old Windsor, the General Assembly sought to define the future role of the UK in Europe in a post-Brexit world. It did so by inviting senior, well-informed speakers from Germany, Brussels, France and the UK to speak to a diverse audience, made up of industrialists and UK companies or bodies representing UK manufacturers and distributors, regarding the various perceptions of the situation across different countries. Other speakers included Scott Steedman – Director of Standards BSI, David Dossett – Board member CENELEC, Rodney Turtle – Board member, IEC and Prof Peter Ball – York University. There was also a selection of private company CEO’s and MD’s who provided a UK response to the comments made by their European colleagues. The latter part of the agenda sought to address the UK Governments Industrial Strategy in the context of that for Europe. 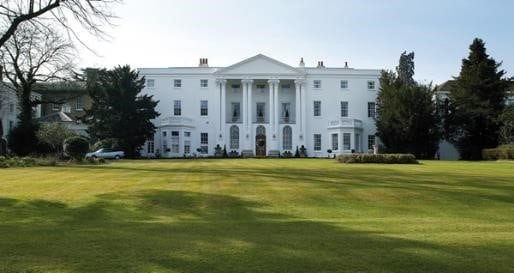 There is no denying the fact that the messages delivered by our European Colleagues in their speeches were very pessimistic indeed. Unfortunately, they were not countermanded by responses provided by the UK Industry representatives and there was undoubtedly a general air of despondency and foreboding around the debate.

The audience were reminded of the fact that approximately 80% of UK businesses never wished to leave the EU and that they had been forced into a situation for what were regarded as wrong and misguided reasons – most notably sovereignty and wide held discontent with UK immigration policy.

Common themes that came out of the discussion were:- 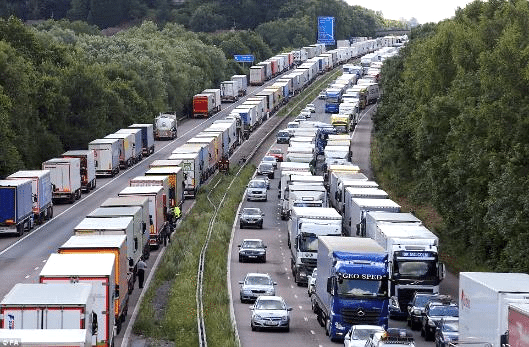 The latter part of the general Assembly focussed upon the current green paper consultation being undertaken by the Government in developing a UK Industrial strategy. Initial responses from UK manufacturing are positive and it is hoped that the ‘ten pillars’ described in the current draft are actually implemented rather than being tabled as political platitudes. There was also wide cross-European agreement on the need to ensure that current efforts in Brussels to develop a European Industrial Strategy take account of UK plans. Phil New, Head of the Energy Systems Catapult Centre also gave an excellent presentation on the need to focus upon a coherent energy plan if we are to meet domestic demand over the next ten years. He took some comfort in the fact that ‘pillar 7’ in the current draft of the UK Industrial Strategy focussed upon this issue.

As the external secretariat for 500 of the BSI’s 7000 standards, BFPA was pleased to see Dr Scott Steedman deliver a very upbeat and constructive presentation on the importance of standards in helping UK industry remain both innovative and competitive. He emphasized the importance of the UK retaining its involvement in the ISO and CENELEC activities.

BFPA’s own Standards Projects Manager, Yvonne Pearman is already involved with BSI and BEIS working groups which are looking at standards developments and Brexit.

Finally, great emphasis was placed upon the need to embrace new technologies and the growth in Digitisation, Industry 4.0, Automation and Robotics technology. The impact of this technology was illustrated with some astonishing, though widely recognised statistics, such as the fact that by 2030 almost half of the current jobs in the transport and distribution sector would be automated.

The underlying message from the General Assembly was that the political and economic landscape was currently undergoing exponentially increasing, technology-driven change and that in order to remain competitive it was essential that UK companies and their representatives embraced such change rather than seeking to deny or ‘poo-poo’ it.