Water hydraulics: A clear future thanks to science

Why is water hydraulics not more widely used? There are some challenges, but also multiple opportunities. We speak with Mark Fairhurst a senior engineer at BHR Group and BFPA technical committee chair, to discuss these opportunities and the standardisation put in place to support them.

Technology, especially in terms of materials science, has evolved to such an extent that there is an argument that says we really need to take another hard look at water hydraulics as a fluid power source for emerging applications. Although the technology has never had a particularly successful life story, past failures and shortcomings have to be countered if we are to spot future opportunities. 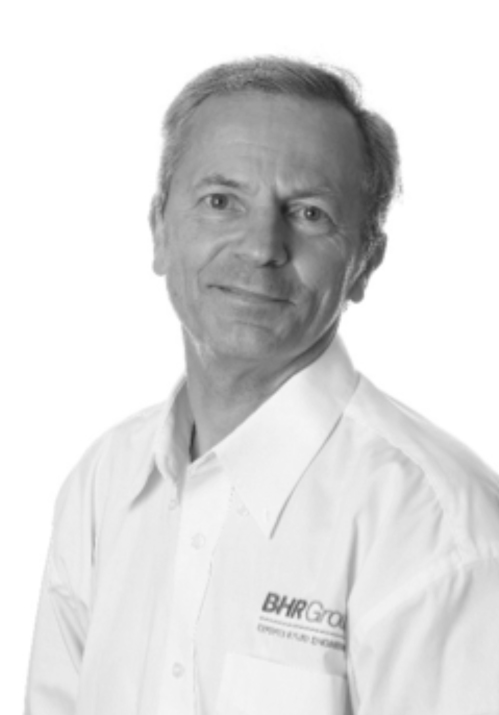 Mark Fairhurst, senior engineer at BHR Group, explains: “The UK became seriously interested in water hydraulics in the 1980s, in line with the oil and gas boom in the North Sea. The Government even allocated some funding, specifically for tools for divers. Unfortunately, its time in the limelight was relatively short lived and, due to problems with the reliability of ceramic valves, people fell out of love with it. There are still suppliers in the UK and Denmark primarily addressing the food processing and water desalinisation markets, but I feel there is a lot more scope for expansion now the technology has evolved.

“In particular, modern engineering plastics offer the opportunity to significantly lower the entry costs,” Fairhurst elaborates, “especially as they can replace stainless steel components. Lower operating pressures will also reduce the cost, while still keeping the benefits of water hydraulic technology attractive; something we at BHR Group have demonstrated with brewery connectors and automotive brake lines. It has even showed its capabilities in more specialist applications, especially with miniature proportional control, where it is starting to hit servo territory.

“I got involved back in 2007,” he continues, “when water hydraulics was seen as a potential solution for the sanitary valve industry. In a nutshell, the food industry had a limited choice of process control equipment in a hygienic environment and water hydraulics offered a lot of potential. We got involved as the lead innovation partner in a research project, which bought together a variety of companies.

“There were some past successes,” Fairhurst adds. “A small company in Denmark that was supplying a large Danish brewer had an idea that water hydraulics could replace the more traditionally used pneumatic valves (which can require high energy consumption). So, they developed the simple concept and got a patent. However, to develop their idea they needed fluid hydraulic expertise and that is what drew them to us. We helped develop a completely novel valve for them to sell into the brewing industry. The idea was to reduce overall energy consumption and I am delighted to say that we did… by 65%.

“This work also resulted in BHR Group developing the simple valve idea into a truly innovative proportional control valve. At the time, water hydraulics in general lacked proper proportional control, but we were able to develop our own miniature control valves and put them in to the actuators. Lots of development and materials science went into this, and we had to collaborate with other knowledge centres to get it to work. However, we ended up with a very capable system that would also communicate over Profibus and wireless comms providing future proofing as industry moves forward with Industry 4.0.

“In one brewery we might be saving €56,000 per year in energy, small beer (excuse the pun) in a €11 bn industry.” Fairhurst elaborates. “In the grand scheme of things and compared to overall energy cost, this was not significant. Indeed, the seemly prohibitive cost is a constant thorn in the side of water hydraulics. But there are plenty of potential applications out there, including those where hygiene is a major defining factor. Due to water being a natural moderator, water hydraulics are also potentially very attractive to the nuclear industry, including fusion reactors where a hydraulic fluid leak would be far more detrimental than water.” 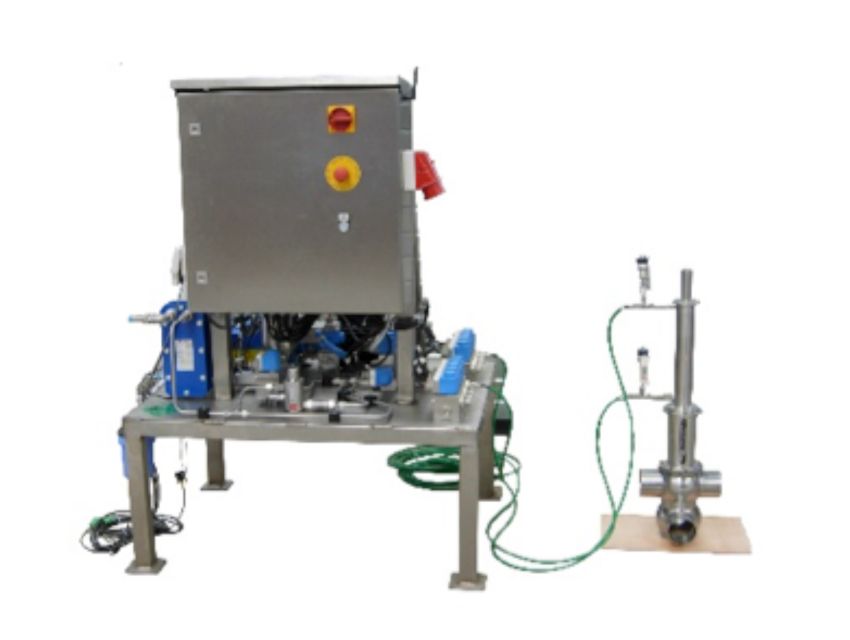 Another defining factor is material costs, with stainless steel being a pre-requisite for obvious reasons. “We were looking at alternative materials such as modern engineering plastics,” Fairhurst explains. “If you can get away from stainless steel and use plastics – combined with lower pressures – then there was a good chance that water hydraulics could be more attractive financially.

Photo: BHR Group FOAK valve actuator (on the RHS) and the test bench BHR built to demonstrate its performance

“In terms of standards, water hydraulics did not really have a home initially,” Fairhurst explains. “Wearing my BFPA hat, I chair SC 8, which is the product-testing steering committee purely for fluid power. The initial deployment of water hydraulics into SC 8 was because we realised that we need good quality, reliable equipment to furnish the industry; and as pumps and motors are at the heart of any system, this was a sensible place to put it.

“As an extension to this SC 8 work,” he continues, “I am also involved in a new ISO working group that has been set up to develop a standard for the testing of water-hydraulic pumps (ISO/TC 131/SC 8/WG 14). This group has been writing ISO23840 ‘Water hydraulics. Water-hydraulic pumps. Methods of testing and representing basic steady-state performance’. There are four or five other new standards in the pipeline too, covering control valves, to make sure we are all singing from the same hymn sheet and working from high quality standards.

“The Japanese are leading the working group as there has been a significant increase in interest in ‘Aqua Drive Systems’, especially in food processing and electronic component manufacture within Japan,” Fairhurst explains, “but there is real potential for the UK to play a bigger role, too, especially with the knowhow that we possess and all the prior and current development work that we have under our belts.

“I will continue to fly the flag for water hydraulics,” Fairhurst concludes. “There are just so many potential applications out there in food, mining, nuclear, forestry and defence. The UK needs to be primed to drive the fluid power standards agenda in the sectors that are strategically important to us. That’s our challenge and our opportunity and one which we must embrace to gain and grow a competitive advantage.”

Mark Fairhurst is presenting some of the high and low lights of the innovation path in a series of free-to-view Engineering Innovation webinars that BHR Group is hosting in the next few months. If you are interested in attending, or have any question for Mark, email marketing@bhrgroup.com

For more information on BFPA’s technical committees and the work they do, please contact BFPA’s Standards Project Manager Yvonne Pearman, on 01608 647900 or email yvonne@bfpa.co.uk